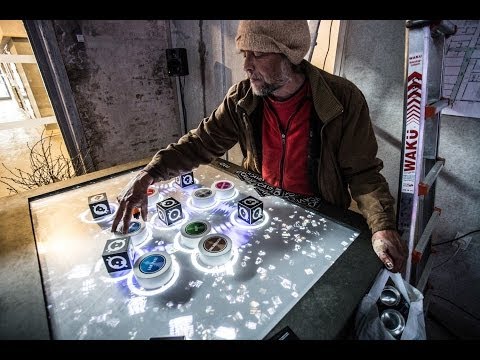 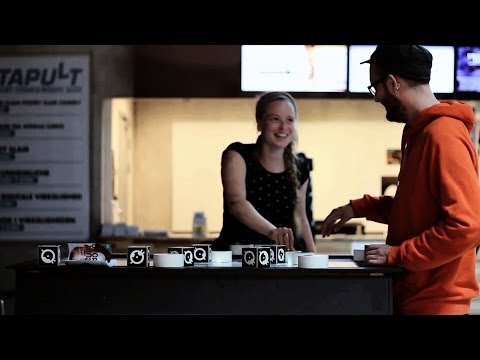 interactive music with tangible objects as the interface

Unveiled and exhibited at the 2011 SPOT Festival in Aarhus, Denmark, RADAR Table flipped the conventional view of what to expect from a concert or musical experience on its head. RADAR Table is an interactive, audiovisual installation, a musical instrument, and a platform for creative and social interaction. It allows the audience to express themselves musically, and collaborate to influence their concert experience, even if they have no ability to play music.

Musician and producer Henrik Munch composed the musical foundation that comes to life through the audience. By placing and interacting with tangible cubes on the table surface, the audience defines how the music sounds, and how it evolves. One set of objects represents musical samples, which may be combined and layered, and offer full control of the volume levels of each element. Another set of objects represents musical effects (reverb, delay, etc.), which are easily applied to the samples to create some very complex expressions. This amount of freedom allows the audience to take the music in a direction the original composer never anticipated and in essence creating a whole new and unique piece of music.

The first iteration of the concept, called DJ Station, was part of a research project and exhibition experiment that aimed to explore how young people, the so-called “Digital Natives”, use, consume, and interact with digital and social media.

Technology & Tools
The visual interface was created with the Unity game engine. The generative sound system was created with the Ableton Live music software and its embedded visual programming language Max For Live. The table based screen with camera tracking is custom built by CAVI.